A full house packed Grand Floridian Ballroom H to hear Rev. Meg Barnhouse's delicious mix of songs and stories titled Mango Thoughts in a Meatloaf Town, also the name of her latest CD. Rev. Barnhouse, minister of the Unitarian Universalist Church of Spartanburg, South Carolina, was ably assisted by Kiya Heartwood, a member of the Spartanburg congregation and a fellow preacher. Billed as a diversion from the plenaries and workshops, the audience was delighted by Barnhouse and Heartwood, who provided uplifting songs interspersed with humorous stories.

Sponsored by the Unitarian Universalist Women's Federation (UUWF), the two performers were introduced by Linda Lu Burciaga, current president of UUWF. Losing no time in getting into the spirit of the event, Barnhouse launched into her first song, describing how those of us who have an appetite for a (mango) feast of the spirit and the mind deal with being in a town where the (meatloaf) thoughts are all the same.

Barnhouse then read a humorous excerpt from her latest work, Heart of Compassion, which was just released. The excerpt—Meg's Bible Control Bill—described the qualifications for those applying for Bible ownership. Barnhouse indicated that the purpose of the story was to counter people who use the Bible like a weapon in the battle of beliefs. The "qualifications" for ownership left the audience roaring with laughter.

The second and third songs, "Situation In The Night" and "Can You Fix My Heart?" were duets performed by Barnhouse and Heartwood, who also accompanied on guitar. This was followed by a solo by Heartwood named simply " Boston ," inspired by a trip to Boston for a UUWF meeting. The audience joined Heartwood in singing the refrain: "These streets are not my home/No matter where I roam, love is all that matters."

Barnhouse's wit and humor were clearly evident in the next song, "Move Over Now," in which she described a dialogue with a TV preacher. She admonished us religious liberals "to get more mouthy." She provided a few examples of how to start a dialogue with conservatives. For example, just say "Hell doesn't exist, y'all." A discussion will surely ensue.

Barnhouse then read a story taken from her latest book, Did I Say that Out Loud? Musings from a Questioning Soul. The story described her disappointment at most cookie fortunes, for example, "Where there's a will, there's a way." Instead, she described more interesting fortunes she'd really like to uncover: "Seven people love you madly" or "They appreciate what you did." She mentioned how wonderful it would be going through the day looking for that twinkle in the eye which might reveal one of the seven people who love her.

Barnhouse began her next number, "All Will Be Well," by jokingly referring to Unitarian Universalists as a group who would be classified in a diagnostic manual as having "Opposition Disorder." She gave an example of a group of members in her church who said "Amen" while another group said "Or Not." The entire audience joined in clapping rhythmically to the song.

Heartwood followed with the number "Higher Ground," which she sang while accompanying herself using only drumsticks for rhythm. Barnhouse sang the final number, also a capella.

A standing ovation from the audience brought one encore, "House of Love," which ended the concert. 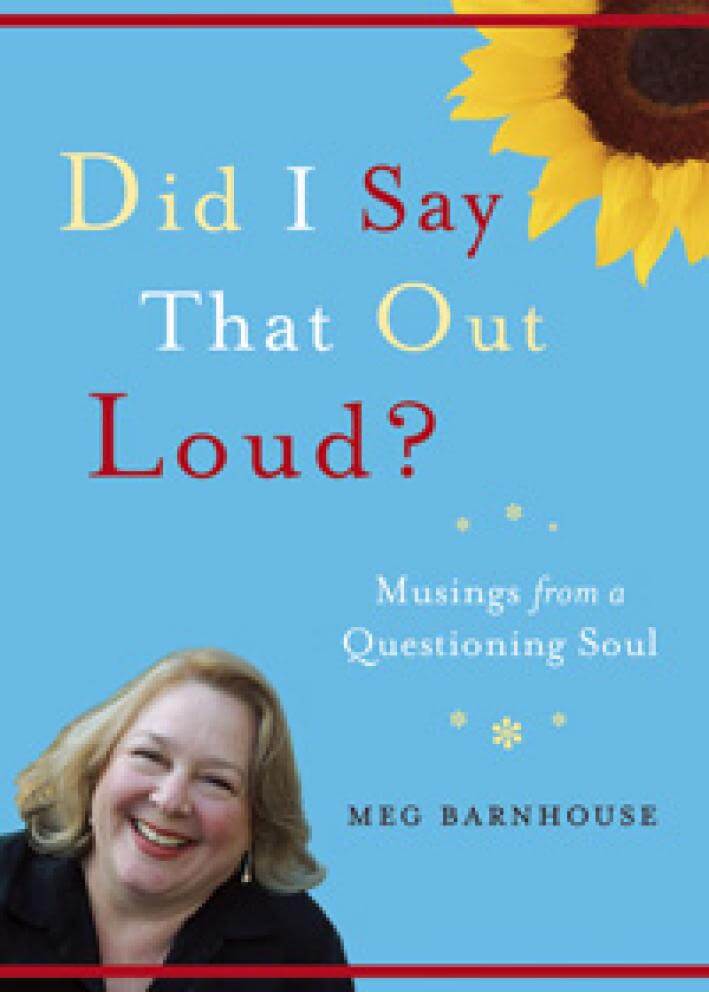 Did I Say That Out Loud? Musings from a Questioning Soul

Wit, wisdom, and hope from the minister in Spartanburg, South Carolina.