Some people, of course, do not think the Pride parade is like heaven. After all, who would let all these people in? Surely there’s some kind of form to fill out, one must be given clearance, and at least abide by the dress code.

Speaking of, what is the dress code for heaven? What documentation is required? Of course, this is the strongest argument that the kingdom of heaven is like the Pride Parade: all are welcome. We don’t get to decide who is in and who is out. Everybody’s in. Everybody.

That’s quite the parable, isn’t it? The kingdom of heaven is like the Pride Parade, where all are welcome and love wins. We’ll know it by the glitter. And the love. Thanks be to God. Amen. 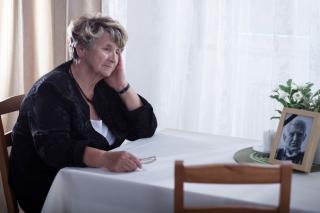 Holy One, on this day of remembrance we say aloud their names again: the names of those who died this year. Died — the word is jarring. So jarring that we hardly use the word, substituting euphemisms that are a bit more vague. Sometimes people say “lost” when what they mean is dead: “We lost... 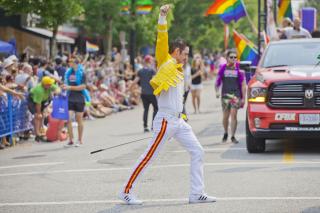 We light our chalice flame For those who lived their lives in closets of shame; For those who furtively visited the bars, where nobody knew your name; For the Stonewall riot—and the fierce transwomen who fought; For the plague, which still takes far too many, too young, too soon. So many gone. So...