What Story Are You Telling?

What story are you telling when you use a picture book in worship?

In one of the congregations I served, lay services often included a skit as the Time for All Ages. Worship leaders would invariably end up holding a sheaf of paper, reading their lines, as they stood in character on the chancel. Having written these scripts themselves, they were deeply attached to the content. Long monologues filled with clever puns and deep thoughts resisted easy memorization, especially with so much preparation for the rest of the service. So they shuffled papers and read their scripts. And it was fine. There was good-natured laughter when a cue was missed or they stumbled over their lines. But it wasn’t worship. However clever, however deep, it wasn’t worship.

I often think of these services when I see picture books being used as stories for all ages. For those who face the awesome task of creating worship each week, the availability and sparkle of a children’s picture book is a glorious temptation. You know that the kids will listen to you, holding the book high and open so they can all see the pictures. Poof: that part of worship prep is done. But much like those well-intentioned actors with their scripts, a picture book can get in the way of serving the entire congregation and its worship life.

When I crack open that picture book during story time, it immediately divides the congregation into people who can see the pictures, and people who cannot see the pictures. That may seem a small thing, but more than the literal inaccessibility, it telegraphs my intent to divide the congregation into these two groups, and communicates that this time is designed for only kids. This not only removes me from relationship with most of the congregation in this moment, but it implies the reverse at other times—especially for ministers. A minister who speaks only to the children during story time speaks only to the adults the rest of the time. If an element I've planned for worship deliberately excludes a portion of my congregation, that itself tells a story.

A picture book takes the most valuable part of worship—presence—and, for the sake of convenience, replaces it with a form of absence. Even for those who can see the pictures, it's limiting. This offer of intimacy-though-exclusion leaves older children desiring exclusion as a sign of independence. It leaves youth in limbo, and adults disconnected. On top of all of this, using a picture book sets the characters into the fixed positions determined by the publishing industry and marketing. (Only ten percent of children’s books include people of color, for example).

Worship is a moment in the lives of children, youth, and adults, when we as religious professionals can build trust and relationship, and model wonder. These moments are too precious to delegate to eye candy for the few.

A Good Telling Bringing Worship to Life with Story

This guide to storytelling in worship provides techniques for good storytelling, plus practice exercises to help readers learn to employ them. It includes eight stories, ready for telling, with themes and plots ideally suited for multigenerational worship. 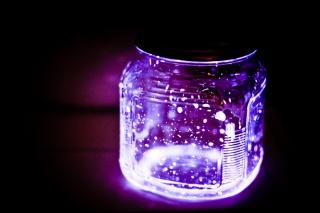 Tips, Tricks, and Best Practices for Bringing Stories to Life

Choosing Stories for Worship “Some people are remedied by thunderstorms, some by music, some by the voice of a person they love. Story has the same kind of influence. It flows where it is needed, and applies itself there—like an antibiotic that finds the source of the infection... The story...