My first congregational event as a brand new Director of Religious Education was an ordination. I was greeted with smiles, handshakes, and a keg sitting in a bucket of ice. This was my first professional gig and I had no idea about what the expectation was around drinking at congregationally-sponsored events. In the midst of a new role, in a new city, I also had to figure out which was more professional: to have just one or none at all? Then, a member of the Board offered me a beer. Taking a cue from the minister, who had a glass of wine, I graciously accepted and stopped after one.

Now, it may not seem like it, but that situation was terrifying at the time. I had to navigate new social codes and I wanted to make a good first impression. I wasn’t responsible for any youth or children at the ordination. Yet, I was worried that as a young adult Director of Religious Education, if I drank publicly I would be seen as immature and not serious about my new job.

Alcohol plays a huge part in lubricating our society, ensuring social situations glide effortlessly with an overabundance of laughter. Alcohol is a depressant that exaggerates our emotions. Alcohol stratifies and divides: wine vs. beer, domestic vs. craft, sober vs. not. Alcohol unifies; we build bonds over drinks after work. Alcohol is holy (John 2:1-11), and something that holy people avoid (1 Timothy 3:8). Alcohol is both civilized and dangerous.

How do the common narratives around alcohol play out in your congregation? How do they play out for the entire UUA? A little over ten years ago, I helped the General Assembly Planning Committee draft the following policy for GA:

A few years later, I met with the Youth Ministry Advisory Committee as a representative of the General Assembly Planning Committee. They wanted to discuss the alcohol culture at General Assembly, because it is common knowledge that getting a sponsor who is willing to not drink during all of GA is extremely difficult. This was not the first or last time the issue had arisen. For many who attend, General Assembly is a professional conference where old friendships are renewed or new networks built over drinks.

Our alcohol culture resides deep within our congregations. Colleagues have shared with me struggles in their congregation about whether or not alcohol should be available at their congregational retreat. There are too many stories about minors having to be hospitalized for alcohol poisoning because alcohol was left in the open and not monitored. Once when I was Director of Religious Education, I found leftover wine from a congregational dinner in the youth room. It was hidden behind a bookcase by a well-meaning person who didn’t want to leave it in plain view. Luckily, the youth group was on a hiatus at the time.

Ask yourself: How does our society’s culture and attitude towards alcohol affect and influence (pun intended) the life of your congregation?

Here are more questions you need to talk about with the leadership in your congregation:

These are just the first questions to ask as you evaluate the influence of alcohol in your congregation. As you delve deeper, you might seek out additional resources like the ones below. Has your congregation recently discussed its alcohol policy? Tell us how it went in the comments!

Find out about Addictions Ministry on UUA.org

Read and share Restored to Sanity: Meditations on the Twelve Steps, by Ken and Cathlean (Skinner, 2014. Read a Call and Response post about the book.

Explore Safe Congregation resources and engage your congregation’s leadership in conversations about policies and norms.

Bart Frost currently serves as Director of Youth and Young Adult Ministries at the Unitarian Universalist Association. He has served a number of our congregations in volunteer and paid roles before joining the UUA in 2014. In his former life, Bart managed a wine bar in New Orleans, and retains his sommelier certifications. Reach him on social media: 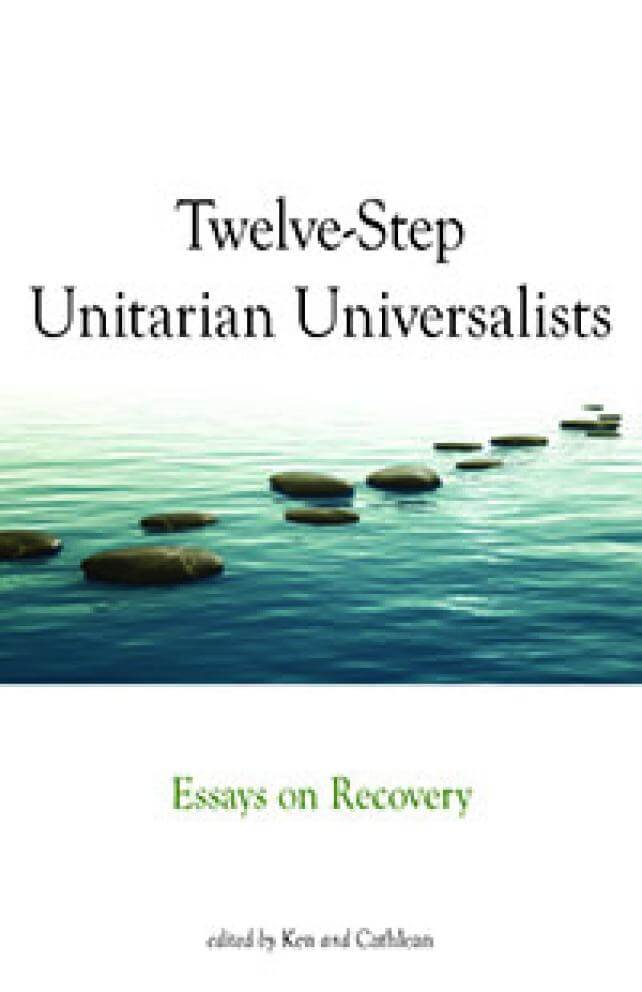 Each of the Twelve Steps of Alcoholics Anonymous and similar recovery programs are taken up by twenty-four different anonymous authors, who bring their Unitarian Universalist identity to their reflections.