“To be yourself in a world that is constantly trying to make you something else is the greatest accomplishment.”
―Ralph Waldo Emerson

I was on the window seat of a flight when I saw God manifest. It took a while; at first I had my headphones in, reading a book, when three young women sat near me—all of them wearing clothing with the Harvard insignia. They introduced themselves and then described what they were studying and what they planned to do when they graduated.

These college students didn’t seem interested in what the others had to say. It sounded more like they were trying to outjockey each other for position and prestige to prove that they were smarter, more accomplished, or more worthy of studying at Harvard.

After about an hour into the flight, two of the women fell asleep. The third studied the other two to make sure they were completely asleep, then unzipped her bag and pulled out a package of Double Stuf Oreo cookies.

She removed two Oreos and, looking around again, carefully unscrewed each of the cookies. She took the two cookies that still had cream on them and mashed them together to make a quadruple-stuffed Oreo. She looked back at both of her peers to confirm they were still asleep, and took a bite.

I began to imagine this woman as a little girl, loving Double Stuf Oreos and asking her parents why they didn’t make Quadruple Stuf Oreos. I imagined her parents telling her that Oreos aren’t healthy, and forbidding her to eat them.

Now, on the plane, she’s finally free from the constrictions of childhood, finally free to eat her Quadruple Stuf Oreo—but I saw the caution she used. Did she feel shame because our culture projects so much onto the way women look, or did she not want to share? Did she fear that her peers and possible competitors would see her?

Whatever the explanation, I also saw a woman surrounded by the pressures to conform to adulthood, being the adult she always wanted to be when she was a child. She was as God made her, not who everyone else wanted her to be. I got to see God manifest.

Prayer
God, please help us shed all that tells us we aren't allowed to be as you made us to be. Help us love this world and its people. 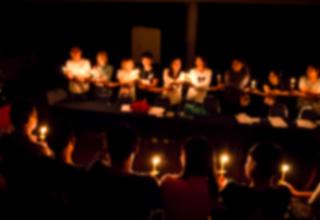 I trusted the woman at the pharmacy to be capable of hearing hard truth. Bless her wounded heart with its internalized misogyny. She just wants women to love and support each other. Thank you. Me too. 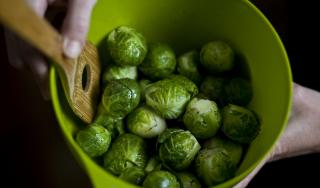 When I begin to bless this food and close my eyes I lose myself first just in green: how do leaves grow themselves this green and how do they grow at all to be so large and how do they make themselves from soil which in itself is only brown and sunlight helps and water but how is the end of this,...