Toward the Beloved Community: An Update from the Interim Co-Presidents, June 15, 2017

We write with an unfortunate update on the UUA’s recent leadership transitions. We share this information because, as individuals and as interims, we place a high value on truth-telling as the best way forward toward a change in our culture.

Shortly after we were appointed, we were made aware of severance packages committed to employees who had recently resigned. The total cost exceeded $500,000, in addition to the normal cost of a sabbatical for the departing President, which is provided by policy and already funded in the UUA budget.

In a financial environment in which cuts to staff and programs have become all too common, the diversion of such substantial sums away from the mission of the Association is difficult to accept.

UUA policy allows for severance payments equal to one month’s compensation for each year of service, up to a maximum of six months, for employees who are terminated. Unused sabbatical time has sometimes also been recognized. Two recent severance agreements exceed that limit. One was originally four times that maximum amount. Both of these individuals chose to resign. Neither was terminated.

We have spent the intervening weeks in consultation with legal counsel who confirm that these agreements are legally binding and, with the Board of Trustees, are exploring alternatives. We have asked the individuals to renegotiate these agreements, and we have found a willingness to return to the table. Those negotiations continue even this week. We believe that we will be able to mitigate, somewhat, the financial cost that the UUA must bear.

The UUA Board has promised to put policies in place to prevent such commitments in the future without Board approval. The specific financial limit on “outside the budget” expenditures by the UUA Administration was removed only four years ago in an effort to streamline our governance practice.

Even more than the cost, it is what the pattern of these agreements reveals that requires reflection. The Co-Presidents see these severance agreements as representing a moral issue, a breach of any reasonable understanding of right relationship and an example of the culture of white supremacy in operation.

There are individuals who bear primary responsibility for this situation, including the individuals who received these benefits and those who negotiated and signed them. But we all have been part of the system that allowed this particular result.

Public discussion of the specific agreements is not appropriate.

The Commission on Institutional Change will hear the individual stories, as required by the Board in our charge, but it is for all of us to reflect on the pattern.

We are embarking on a broad and spiritually-grounded attempt to see how the patterns of power and privilege operate in our community. Our hope is to be able to see clearly enough to begin dismantling those systems and build toward a community that might live up to the description of Beloved.

We share this information out of our deep faith that the Beloved Community can only be pursued in the spirit of transparency. We share this truth so that we can begin again in love. 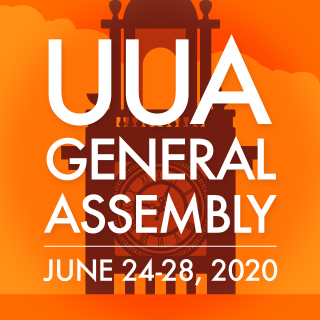 General Assembly, the annual meeting of the Unitarian Universalist Association

General Assembly (GA) is the annual meeting of our Unitarian Universalist Association (UUA). Attendees worship, witness, learn, connect, and make policy for the Association through democratic process. Anyone may attend; congregations must certify annually to send voting delegates....