We Must Dismantle White Supremacy

Whitesupremacy affects everyone. As Unitarian Universalists, we must fight white supremacy individually and together if we hold hope for Beloved Community. There is work to do in congregations and there is personal work to do.

White supremacy is the idea that white people are better and more deserving of wealth, power, and privilege than people of color. White supremacy pervades our culture, institutions, and relationships. It is a self-perpetuating system that continues to fuel colonialism, exploitation, oppressions, inequities, and brutalities that people of color experience.

Use the resources below to:

Expose the Impact of White Supremacy

Communicate with others about the harm caused to people and communities of color by different expressions of white supremacy (systemic, overt, microaggressive).

Engage in Study and Change

Predominantly white institutions, including UU communities, without reflection and self-correction tend to maintain systems that privilege and center white individuals. To spark change, make space in the community for self-reflection, study, and conversations about race.

Many white people have not thought much about their own race and participate in maintaining white supremacy culture without full awareness. Encourage white members of the faith community to read and discuss White Fragility by Robin DiAngelo (who is white), the 2018 New York Times bestseller from the UUA's Beacon Press. Download a White Fragility study guide for UU groups. Other inspiring reads to ground and inspire change include How to Be Less Stupid About Race by Crystal M. Fleming (who identifies as a queer black millennial) and So You Want to Talk about Race, another bestseller, by Ijeoma Olua.

Engage a leadership team to read Salsa, Soul, and Spirit by Juana Bordas and learn ways to build multicultural sensibility into congregational governance and life. Follow further suggestions on this webpage to become a more multiculturally adept UU congregation.

Do a UUA Common Read to examine the roles systemic racism and white supremacy ideology play in contemporary justice issues and find paths toward change.

Follow the lead of organizations and initiatives led by and primarily serving people of color to engage with justice issues. Give time to service projects and money to their funding priorities.

National UU groups that provide gatherings, webinars, and other resources around dismantling white supremacy include:

Get clear on the ways your faith compels your activism. "Do you have to be an activist to be a UU?" Read how six leaders in Unitarian Universalism answer this question. 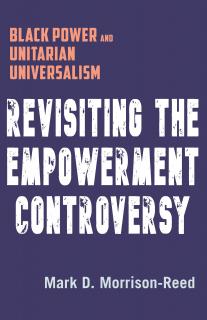 The preeminent scholar of black Unitarian Universalist history presents this long-awaited chronicle and analysis of the events of the Black Empowerment Controversy.

THE CONSTANT FEAR OF DRIVING WHILE BLACK
Police pull over black and brown motorists at higher rates than whites. "There's an emotional, psychological impact;" motorists share their experiences in the video, above. Read more in National Geographic's "The Race Issue."

CONNECTING PEOPLE OF COLOR IN UUISM

​In most Unitarian Universalist faith communities, white, mainstream culture is well rooted and people of color are a stark minority. Expressions of white supremacy can make a sense of belonging elusive. Too often, white UUs rely on co-religionists of color to break silence and tell truth about race; this can be burdensome.

Connecting People of Color in UUism

IF YOU'RE NEW TO THIS CONVERSATION
Here are some "on ramps" to discussions about race, racism, and white supremacy.
Books