“Different cultures produce a different ‘cool.’ And your perception of ‘cool’ changes depending on where you are.”
—Labrinth

I spent my twenties learning to like fewer and fewer things; now I spend my time trying to like more and more.

For me, part of growing up middle-class was the striving “upwards”—if not monetarily, then culturally. I learned from television and newspapers that “cultured” people have discriminating tastes. Professional critics tell us whether the latest restaurant, movie, music, book, or fashion is worthy of our consumption: “The balance of flavors is off.” “The plot is uneven.” “The second album isn’t as good as the first.” By internalizing the culture of critique, I came to believe (perhaps subconsciously) that the fewer things one liked, the more refined one was.

One thing that changed my thinking on this was Project Runway, the reality television show. I don’t remember his name or even what season he was on. I just remember that he spoke with a Southern drawl and loved to design gowns. Now personally, gowns are not my thing, but I appreciated how every week, regardless of the bizarre materials assigned, this designer was able to create a dress that was visually appealing. And each week I grew increasingly indignant as the judges deemed his creations too low-brow.

Of course, the premise of the show was to choose a winner by judging all others to be inferior, and I didn't necessarily believe that he should win. But the nature of the judges’ critiques drove home to me that our sense of aesthetics is culturally influenced, and that different socioeconomic classes have different cultures and thus different aesthetic norms. One is not objectively better than the other.

I realized that, for me, rather than indicating refinement, focusing on critique was training myself to be dissatisfied more often than satisfied. More importantly, it hampered my ability to be grateful. It's hard to feel gratitude for something when you're focusing on what’s wrong with it.

Since that epiphany I've been trying to cultivate appreciation, to see the merits of what’s in front of me instead of the flaws, even if they’re not my taste. I still catch myself in critique mode—it’s hard to unlearn—but overall, I'm a happier person with indiscriminate tastes.

Prayer
Spirit of Life, Divine Immanence, Creative Force, open our minds and hearts to appreciate and value Your multiplicity; Your love for diversity in all its forms. 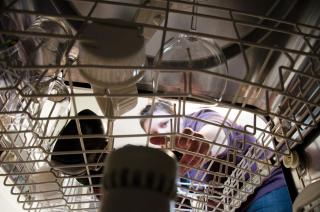 Letters after My Name

I pull another basket of steaming dishes out of the dishwasher in our church basement. My partner in kitchen clean-up grabs a clean dish towel to dab the pools of water from the upturned soup bowls. They ask, “So, what’s your undergrad in?” The conversations that happen in church kitchens are...

Letters after My Name