Sister Goose and the Foxes

Sister Goose swam in the pond, happy as could be. Now and then, she ducked her head down to nibble a little bit here, and nibble a little bit there. She took no more than her fill of those succulent underwater plants, for she knew that the pond belonged to everyone.

Meanwhile, Brother Fox was hiding in the willows at the far end of the pond. He didn’t like to see anyone happy, least of all a goose.

Sister Goose swam along, enjoying the clear blue sky and the bright sunshine. She swam along to the willows growing at the far end of the pond. All of a sudden Brother Fox sprang right out of those willows shouting, “Trespasser! You get off my lake!”

Sister Goose shrugged up her wings and looked at Brother Fox, mystified. “Trespasser? How so? This lake does not belong to you, it belongs to us all!”

Brother Fox didn’t seem to hear her. He carried on, “You’ve been eating some of the plants in this pond. They don’t belong to you! If you don’t get out of this lake, I’m going to take you to court!”

Sister Goose was truly perplexed. She knew she hadn’t done anything wrong, but she could see by the ugly gleam in Brother Fox’s eyes that she wouldn’t be able to convince him. Instead she said, “I’m not afraid to go to court over this. At least there, justice will be served.”

And so they went to court.

Sister Goose was quaking as she entered the defendant's booth. Sure enough, though her arguments were sound, the judge and the jury found her guilty. They convicted her and turned her into stew.

That is how it goes. There isn’t much justice for the likes of a goose when the folks in the courthouse are all foxes. 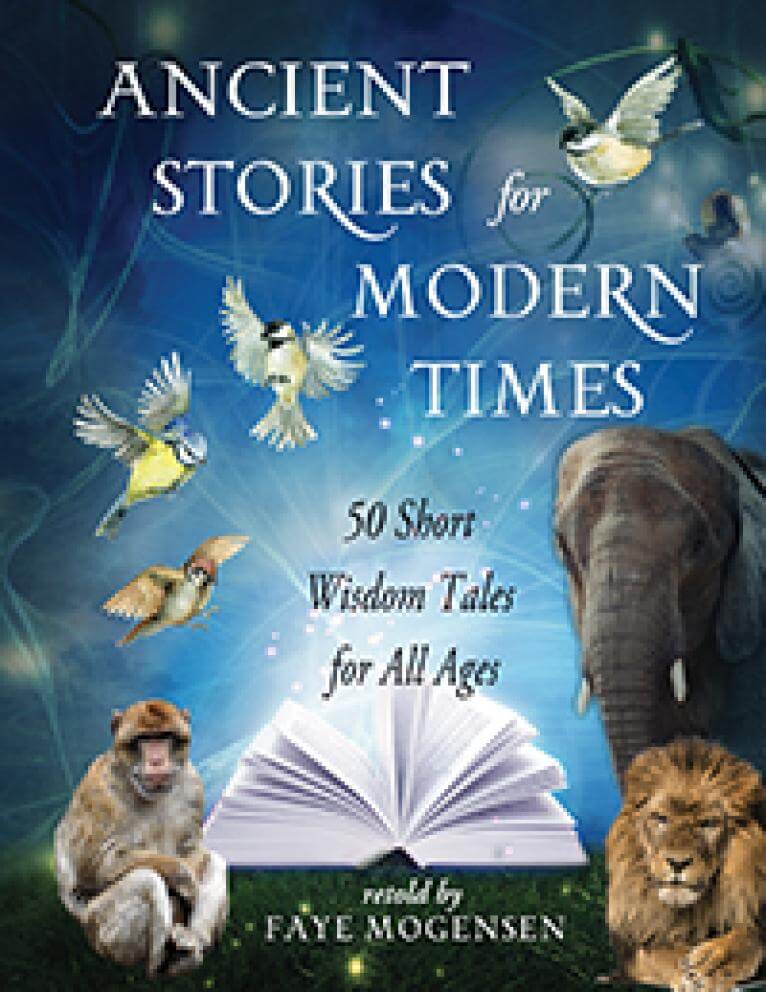 50 lively and engaging stories from around the world explore a broad range of life lessons. Includes reflection questions, story maps, and an index of themes and UU Principles. Spiral bound edition.