A few years ago, my ­little sister moved in with me from our native Los Angeles to the coast of Maine. The move brought a lot of firsts for her: snow, the Atlantic Ocean, and seeing me as an older brother instead of an older sister.

Neither of us was sure what to do that first night she lived with me because what are you supposed to do when, at twenty-two, you suddenly have your very own teenager?
We ended up at one of those DVD kiosks; when it asked for my ZIP Code I punched the number 9 before correcting myself and typing the 0 that starts off the ZIP Code for Bar Harbor.

I’d started the ZIP Code for back home. It had been ten years since I moved away. My sister’s arrival brought part of my past into my very different present. And this suddenly forced everything out of the hiding places I’d been keeping them in. I had put home into a box and stuffed it into the farthest depths of my closet. I got lost without it for a while, but then I found ­communities that seemed to make sense in a way my ­family never did.

I used to scoff at the idea of chosen ­family because it seemed like a feel-good characterization to use when your ­family of origin didn’t work for you. I never ­really embraced it for myself until I started thinking about ancestry rather than parentage.

Like so many ­people my age in the United States, my identities are all mixed up and only partially visible. The more mixed up our identities get, the more important our choices become. Ancestry is no longer just a question of fate or genetics but of whose shoulders we stand on. My genetic families of origin aren’t necessarily recognizable when you look at me. But my chosen ­family—those queers and religious liberals of the past, present, and future—come shining through. I embody that history when I walk out the door because they made it ­pos­sible for me to walk out the door as an openly transgender seminarian. They are my history more completely than anything I was born into. I used to think that meant ­family of choice was no place to call home, but it’s not that ­simple.

Every time we move ­toward liberation we can do so because of those who came before us. Those who come after us will move more easily because of what we have accomplished. This is not something limited to queer ­people whose families are giving them a hard time. We all choose. And sometimes that dividing line between choice and birth disappears.

My sister never embraced the East Coast the way I did. She moved back “home,” but we talk now. She’ll text me, “hey bro.” We’ve chosen each other. Just as we’ve found different ancestors to lean on and have established our own networks of support. We’ve chosen different todays, are making different tomorrows, and have different pasts. Yet we also share a common history—and now we are a part of each other’s todays and tomorrows as well. 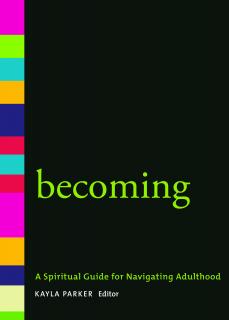