For the Sake of the Common Good

By Erika A. Hewitt, Becky Brooks

Although the German word Giftschrank sounds like a quirky holiday tradition, the term is really a combination of the words poison and cabinet. The term once referred to literal pharmaceutical cabinets in which chemicals were locked safely away, evolving to describe any container in which dangerous items are sealed to protect the common good.

As any parent knows, our homes (and even our workplaces) contain informal "poison cabinets:" places where we stow medicine, liquor, knives, or other things that could be life-threatening to a child who doesn’t understand the items’ power. How do we, as citizens, respond to similar threats at the social level?

In the 1580s, Bavarian leaders had to decide what to do with books in the state collection that were considered heretical. On one hand, destroying the books would represent an unnecessary loss; on the other hand, the heresies contained in the books—from writers like Galileo and Martin Luther—were considered too dangerous to expose citizens to. In the words of Roman Mars, host of the 99% Invisible podcast, the Bavarian monarchy opted to keep these works “in order to better understand the arguments of their enemies,” sealing hundreds of books into a locked box that was called a Giftschrank.

Since that time, Giftschrank has come to refer to the conceptual containers—often special rooms or vaults—used by libraries, museums, and government agencies as repositories for material that’s considered harmful or sensitive.

The best-known modern usage of Giftschrank occurred in Germany between 1945 and 2016. When the Nazi regime ended, it became clear that Hitler’s propagandistic autobiography Mein Kampf (“My Struggle”) was a threat. Rights to the book passed to the Bavarian state government, which made two decisions: rather than banning the book—which was too reminiscent of the Third Reich’s book-burning campaigns—it decided not to publish any new editions in German, and it also decided to allow access to existing copies only to people pursuing scholarly ends, rather than political ones.

So for decades, until digital and virtual access to written material became commonplace, public libraries in Germany held copies of Mein Kampf in their Giftschränke, restricting access to those who were deemed to have valid reasons. These restrictions were maintained until 2016, when the book’s copyright expired and it passed into public domain, so that it could be reprinted by publishers and sold in bookstores.

A Giftschrank is intended to contain, to control access for the sake of the common good. The stashing away of questionable writing or art isn’t an attempt at secrecy, nor is it the same thing as censorship. There are still ways to access the metaphorical poison in the cabinet. Whereas the outright banning of material is a surefire way to trigger our human craving for the forbidden (and our proclivity to seek it out), the Giftschrank is like a building whose front door is locked, but whose side door is open to those with the password.

Both in the United States and in our Unitarian Universalist congregations, we’re primed to speak of “freedom,” and to reflexively protect our right to exercise free speech. We’re enamored of freedom as concept and practice, and chafe at its narrowing—even in principle. When we study history, however, we learn that freedom is rarely freedom for all, and is more often freedom for some at the expense of others.

If our congregations value interdependence, we must also acknowledge the ripple effects that can wreak unintended consequences on the innocent. At times, we’re called to surrender some of our freedom in order to serve The Whole. How might members of our communities be harmed if we give freedom a greater value than responsibility?

This reading is an excerpt from the Chaos chapter of Sparks of Wonder.

Source: "Sparks of Wonder: Theme-Based Ministry for the Whole Congregation" 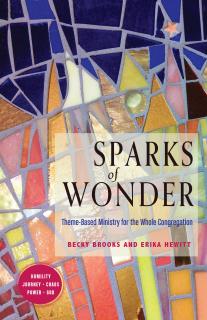 Sparks of Wonder Theme-Based Ministry for the Whole Congregation

By Becky Brooks, Erika A. Hewitt 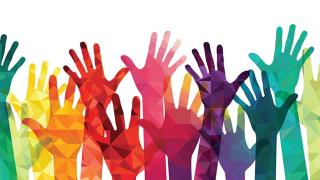 We light this chalice—symbol of our faith alive in this world— naming our vision of collective liberation, and daring to re-member each other into beloved community.

For Our Collective Liberation