Easter gets its name from the Teutonic goddess of spring and the dawn, whose name is spelled Oestre or Eastre. (The origin of the word east, the direction of the rising sun, comes from various Germanic, Austro-Hungarian words for dawn that share the root for the word aurora, which means “to shine”) Modern pagans have generally accepted the spelling Ostara (Oh-star-ah), which honors this goddess as the word for the Vernal Equinox.

Vernal Equinox usually falls somewhere between March 19 and March 22 (note that many resources only mention March 21, as opposed to the date of the actual Equinox), and depending on when the first full moon on or after the Equinox occurs, Easter falls sometime between late March and mid-April.

The earth reawakens to a burgeoning new season of life-giving, life-affirming gifts. As the sun becomes stronger there is a sense of joyful abundance. With the end of the cold, dark months, ancient pagans no longer needed to store and ration foodstuffs. Often the tastiest cured meats were presented to the spring celebrations and feasts as a sign that the people no longer needed to stockpile food.

The equinox was recognized world wide as a time for renewal, rebirth, and revivification. It was the celebration of the symbolic resurrection of earth itself, Christ, and Hathor (of Egypt) to name a few.

Passover, which occurs in the middle of the Hebrew month of Nisan, is one of Judaism's most important festivals. In ancient times, the holiday coincided with the spring harvest and was a pilgrimage festival (one of three times during the year when all men were required to participate in celebrations at the temple). Later on, the holiday commemorated the Exodus from Egypt in the thirteenth century B.C.

Ostara and the egg she carries are symbols of fertility, of new and continuing life. Some descriptions say Eostre herself is hare-headed, and the goddess of rabbits and birds. The hare is also associated with the moon in many cultures, due in part to its nighttime eating habits and in part to the image of one on the moon. Whether Eostre herself is hare-headed or her attendants are hares, she is strongly associated with the hare—and later its cousin the rabbit for obvious reasons.

A popular myth says that the children of the time presented eggs to the goddess as a gift in return for her bringing them the spring. She was so touched by this gift that she recruited her minions (the rabbits) to return the eggs (only brightly colored now) to the children in baskets (the birds’ nests), and that is where the tradition of rabbits delivering eggs to children comes from.

The hare is an evident fertility symbol that is undeniably tied to the Vernal Equinox, March being the rutting time of the hares. It is apparently quite a spectacle in the European countryside. It is said that the typically shy, quiet hare becomes fanatical and fervent. They run for miles and can even become aggressive and appear quite mad, hence the English and French expressions—“As mad as a March hare.”

Eggs also represent fertility and the promise of new life. The Celts (under a broad definition of Indo-European, not as a racial grouping but as a grouping of people with similar religious practices, culture, and language) often dyed the eggs red to symbolize the menstruation cycle. While dying the eggs, women and children would think carefully on their hopes and wishes for the coming year. They would then bury the eggs alongside a seedling in the ground to sustain and feed the plant through its growing season. As the plant grew, the hope or wish would also take root and come to fruition at the end of the year.

It has been reported that when Christianity came to the northern isles, the priests and bishops, not approving of such a “pagan” practice, would encourage children to seek out, and dig up the eggs. When the children would bring them back to the church, the clergy would pay them a small token for each egg collected, and hence the Easter egg hunt was born.

The Equinox also means balance. Literally it means “equal night” and so the day and night are each twelve hours long, and we can look forward to longer and longer days. The popular legend about balancing eggs on their end at the equinox is always a fun experiment. I have successfully done this within minutes of the equinox itself, but as shortly as five minutes afterward, the egg fell over and could not be rebalanced.

Another popular tradition is making hot cross buns, which seem to have Pagan roots. There are mixed reports on the symbolism of the cross on the hot cross buns. Some suggest that the equilateral cross symbolizes the four quarters of the moon, other suggest that it expresses the uniformity of the seasonal year, and still others suggest that it expresses the equilibrium of the equinox day—equal day and equal night. One thing is for certain; the equilateral cross reaches back through time to the many ages before Christianity. 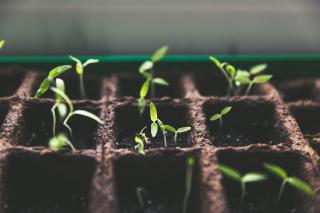 This hands-on ritual could be used to celebrate Earth Day, a Solstice, or an Equinox. Before the service begins, set up a table or two (or more) with several stations for people to plant seeds.... 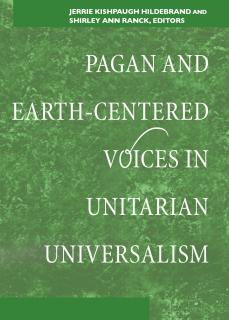 22 essays by some of the most prominent leaders in Unitarian Universalist Paganism bring Pagan and Earth-centered theo/alogy to life for a new generation.