The Deep Unity of the Human Family

Humanism… is primarily about who we are connected to, what we think about each other, and how we work for justice in the world. No matter what else they believe, Humanists insist on the inherent worth of every person. According to Humanists, we are all part of one human family and are connected to the rest of the natural world—part of a cosmic story far bigger than we can imagine. Humanists believe that we’re in that story together and that our work is to write our chapter with as much love and dignity as we can. In the Humanist view, change will happen in our world because we make it happen, and the change will take all of us.

I’m no longer interested in perpetuating the old paradigm of the Humanist–theist divide. I never have liked polarities and dualities; they lead to all kinds of misconceptions, and this one is no exception. The Humanists are old and stuffy and intellectual, one stereotype goes. They prefer debates to emotion, and they don’t like to sing — really, they’re practically secularists, and who even knows why they go to church. The theists are leading us down a path toward evangelical Christianity, says another stereotype, and all they care about is sneaking prayer into every service. If they have their way, there soon won’t be any difference between us and the Presbyterians. Polarities breed stereotypes, and stereotypes are always oversimplified, often wrong, and usually pretty boring.

On a practical level, the stereotypes and, more importantly, the whole idea of a Humanist–theist polarity, keeps UUs squabbling with each other rather than focusing on the real needs and challenges of the world. It holds us back, ironically, from living out the full promise of Humanism: to honor both the real and important diversity and the deep unity of the human family and to create a world where that whole family flourishes. What if, instead of imagining Humanism as one end of a seesaw, we saw it as a possibility that is open to all, regardless of their metaphysical beliefs? That’s the lived reality of “deed before creed,” the organizing idea behind Unitarianism: In 1866, James Freeman Clarke, Unitarian minister and early organizer of the American Unitarian Association, wrote: “We think it possible to have a Church, and even a denomination, organized, not on a creed, but on a purpose of working together. Suppose that the condition of membership was the desire and intention of getting good and doing good.” 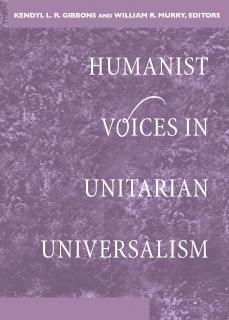