Prayer for Tree of Life Synagogue

We pray for the three Jewish congregations who meet at the Tree of Life Synagogue in Pittsburgh, PA. We hold those taken too soon in our prayers even before we know all of their names – 11 people so far. May their legacies of love and the lessons present in the way they lived bless their children, their spouses, and all the people who loved and cherished them.

We also hold the wounded and the living members of Tree of Life in our hearts’ embrace. May they be surrounded by the healing power of community, prayer, care, and justice.

We hold their wider circle of family and friends who live close or further away who are wrestling with the fear and wondering of just how great a personal loss awaits as details are released.

We hold all those for whom this terrible act cuts too close to the bone: all who feel and know that their lives and livelihoods, their homes and houses of worship are threatened by the rising normalcy of words and deeds perpetuated in the name of bigotry, hatred, fear, and isolationism.

As the light of day faded, these were other times emblazoned in memory when love’s sanctuaries were pierced by weaponized hate.

On November 5th 2017, 26 people were killed and 20 wounded at First Baptist Church of Sutherland Springs, Texas.

On September 24th 2017, 1 person was killed and 7 injured at the Burnette Chapel Church of Christ in Nashville, Tennessee.

On January 29th 2017, 6 people were killed and 19 injured at the Islamic Cultural Center of Quebec City, Canada.

On June 17th 2015, 9 people were killed and 1 injured at the Emmanuel A.M.E. Church in Charleston, South Carolina.

On August 5th 2012, 6 people were killed and 4 injured at the Sikh Temple of Wisconsin in Oak Creek.

On July 27th 2008, 2 people were killed and 7 injured at the Tennessee Valley UU Church in Knoxville, Tennessee.

We hold all the lives lost and count their legacies – what was and what never had time to be. We hold the wounded and the living survivors, and we continue to pray for the wellbeing of these religious communities.

We remember that in addition to this list of mass shootings in the US and Canada over the last decade, there have been over 50 massacres in houses of worship around the globe in the past three decades.

Finally, we pray for the youngest life in the sanctuary this morning – the one who was being named before God, his family, and his circle of community.

For you, little one, and not for you alone, we vow to do what we can to remember how your blessing was interrupted. We will not normalize it, or grow accustomed to it. We will be changed by it just as other acts of gun violence in the name of nationalism, white supremacy, and fear of ‘them’ or ‘the other’ have changed us before.

Each time love’s sanctuaries are pierced by weaponized hate, we grow stronger in our resolve to strategically eradicate oppression, and the roots of oppression, and to limit access to guns.

We will remember this day. We will count the lives affected and lost. We will grieve. We will heal. We will embody the lessons of this day from each Shabbat to the next, growing in our ability to make a difference.

Amen. Blessed Be. And may it be so.

Banners for the Resistance

Thanks to graphic artist Ellen Rockett for helping us create these banners and signs for social media use, as well as http://www.uuabookstore.org/We-BelieveWe-LoveWe-Are-Rally-Signs-Pack-of… signs for windows and protests. You can now order yard signs in 4mm white corrugated plastic with metal...

Banners for the Resistance

We Believe/We Love/We Are Rally Signs (Pack of 9)

Don't leave home without our newest rally signs! Pack of nine, with three signs of each striking design. Not intended for use as yard signs as they are not waterproof. 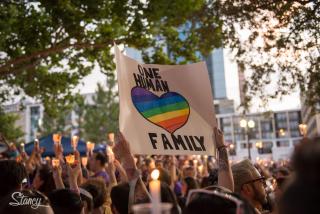 Do the Next Thing with Love

What DO we do in the face of evil? Anything. Everything. Pray, protest, bake, hug, grieve, wail, laugh, explain, linger, research, fight, cry. What we absolutely must not do is ignore it.

Do the Next Thing with Love