Tapestry of Faith: Creating Home: A Program on Developing a Sense of Home Grounded in Faith for Grades K-1

Janeen K. Grohsmeyer, adapted from the story, “Circles of Light: The Flaming Chalice."

In the dark nights and the darker days of World War II, guns blazed all over Europe and airplanes dropped death from the sky. Many people tried to escape from the war. These people were called refugees.

Dr. Charles Joy was in charge of the committee. He knew that the Unitarians needed a symbol everyone could recognize, no matter what language they spoke. It would have to be a picture, a symbol with no words. That way, anyone could understand the message: “We are here to help you.”

Dr. Joy asked an artist named Hans Deutsch for help. Maybe an artist could draw the right kind of picture that could be a symbol for the Unitarians. The two men met in Portugal. Mr. Deutsch understood why a picture would be helpful. He had come from Austria. But now he was a refugee, because of the war. In Portugal, people speak Portuguese. Mr. Deutsch was used to speaking German.

Mr. Deutsch made a drawing of a chalice with a flame, surrounded by a circle. He showed it to Dr. Joy. The symbol really worked. Soon refugees all over Europe began to see this symbol wherever the Unitarian Service Committee went to find and help them. When refugees saw the picture of a chalice, a flame, and a circle around the chalice that looked like it was protecting it, they knew they could trust the committee members. They did not need to speak English, or even know how to read, to understand the symbol. The picture gave the message of hope, freedom, and love that the refugees were looking for.

We, as Unitarian Universalists, have all kinds of chalices. We light a chalice on Sunday morning in worship, and at other times when we gather in our faith home together. Some family homes use chalices during meals or on special occasions. Chalices come in lots of different shapes, sizes, and colors, just like Unitarian Universalists. 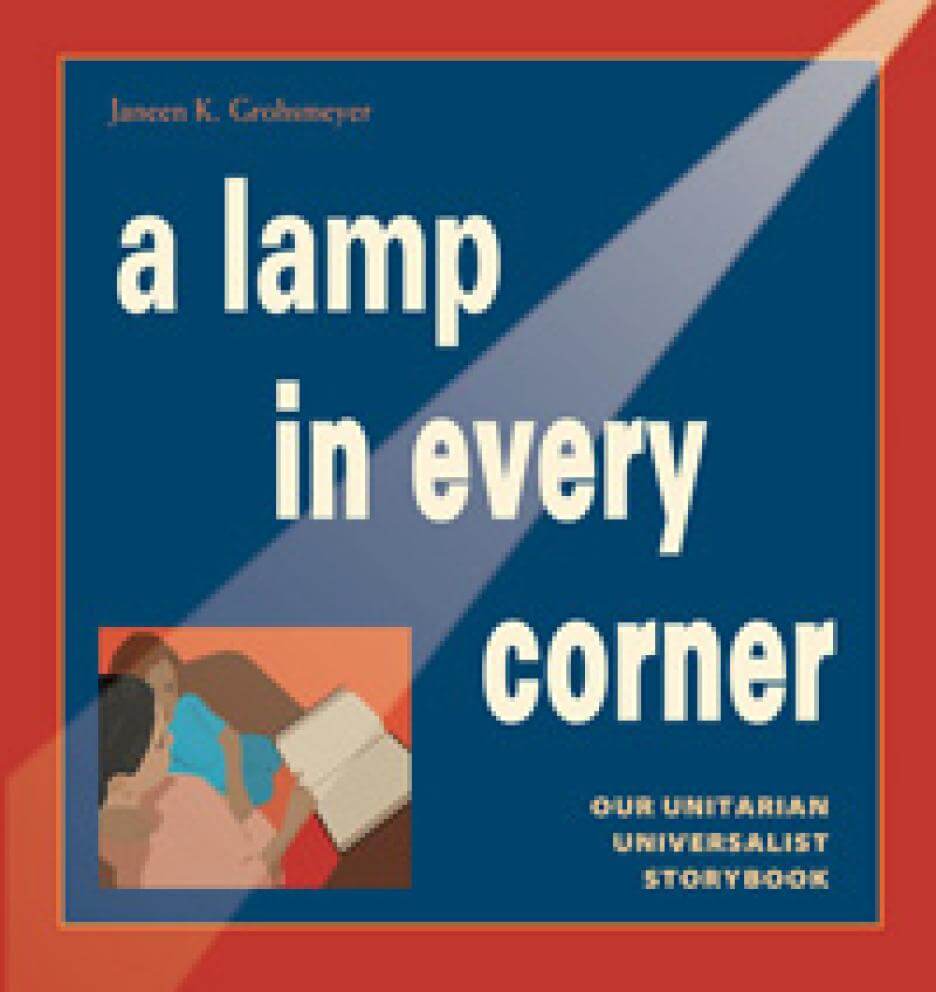 A Lamp in Every Corner A Unitarian Universalist Storybook

By Janeen K Grohsmeyer
From inSpirit: The UU Book and Gift Shop

Collection of 21 short stories about UU history and traditions, famous UU men and women and the 7 Principles.