The Internet offers enormous resources for exploring Islam. A good starting place may be the Islam and Islamic Studies Resources website provided by Professor Alan Godlas of the Department of Religion at the University of Georgia. An annotated bibliography of online links, this website includes on its home page words which apply to online research about any faith:

Note that the vast majority of religion sites on the Web are established by committed believers. Although this presents certain problems (one of which is the variable quality of the material), its virtue is that the discourse of believers is directly accessible to students of religion. The articles linked on this site have been written both by Muslim and non-Muslim scholars as well as informed believers. Of course, the views expressed in the links connected to this site are not necessarily the views of Dr. Godlas or the University of Georgia.

A Brief Illustrated Guide to Understanding Islam is a website with many articles and links about Muslim beliefs and practices.

Learn about Islam and Qur'an, and see recent video of the Hajj on the IslamiCity website.

Muslim bloggers on the Families website provide a window into a variety of Islamic perspectives on everyday issues. Here is a blogpost on halal, a diet based on Islamic law.

Mosque by David Macaulay (Mooloolaba, Australia: Sandpiper, 2008) explores the architecture of a mosque in its cultural and religious contexts.

The Internet offers a wide array of resources, opinions, and discussions about Sharia law. Find the article "Islam: Governing Under Sharia" on the website of the Council on Foreign Relations, an independent, nonpartisan membership organization, think tank, and publisher. An article with a political science perspective, "Shari'ah: Beyond Theocracy and Secularism," discusses the effect of Western powers' colonization on Arab populations' acceptance of Sharia law.

The UUA has produced a Muslim Interfaith Guide (PDF) to interfaith dialogue.

Ayat Jamilah: Beautiful Signs : A Treasury of Islamic Wisdom for Children and Parents (2004) is a collection of wisdom tales from Islam, collected and adapted by Sarah Conover. You can purchase the book from inSpirit: The UU Book and Gift Shop and listen to a tale read aloud from the book on the UUA Bookstore website.

Read a Huffington Post article on a U.S. Mosque Study. 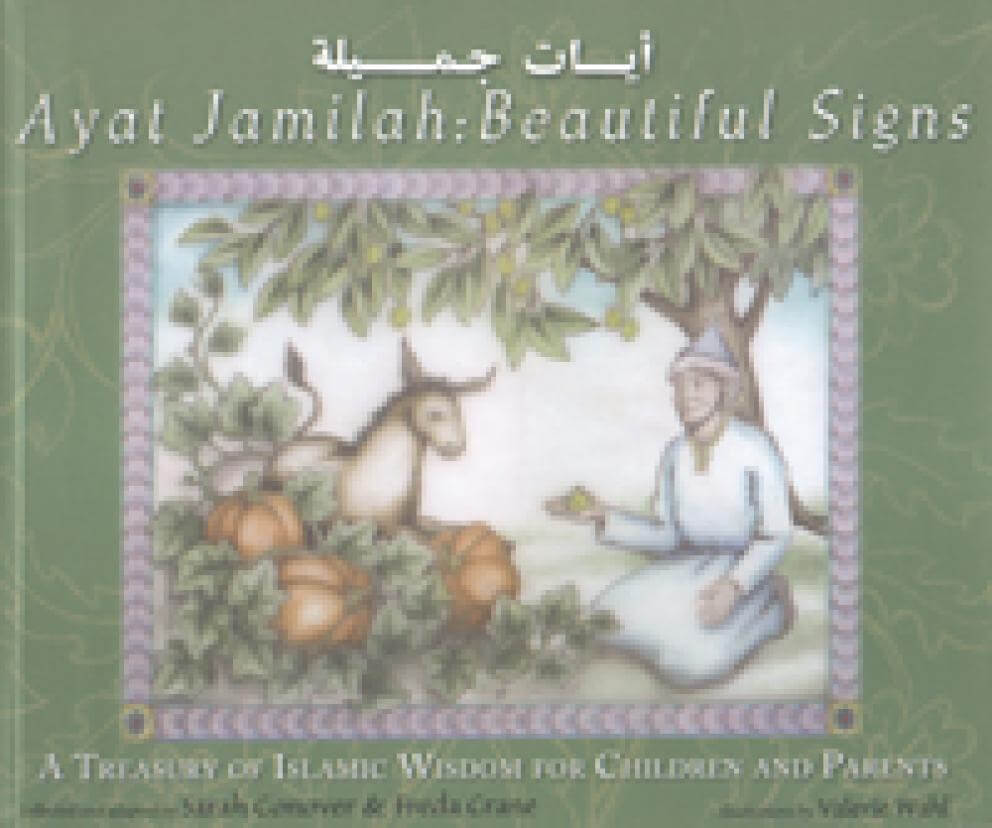 Ayat Jamilah: Beautiful Signs A Treasury of Islamic Wisdom for Children and Parents

"Many of the tales from Ayat Jamilah will make excellent read-alouds, and the adapters have done a magnificent job of collecting stories from throughout the Islamic world, from China to Africa to the Middle East." — John Green, The American Library Association.